Make-whole call: how it works, how often is it used? 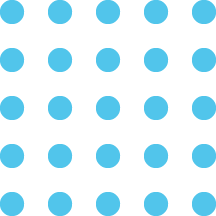 Ever wondered what are the mechanics behind the make-whole provision of many bonds out there? Here is a quick readout to give you some answers and a few stats.

A make-whole call is a type of call provision on a (fixed-coupon mostly) bond, allowing the issuer to repay the bond early. It involves a lump-sum payment, not lesser than the principal, to compensate for the opportunity cost associated with early repayment.

The lump-sum payment is derived from a formula based on the net present value (NPV) of the scheduled coupon payments and the principal repayment that the investor would have otherwise received, based on a predefined discount rate known as the make-whole margin, that comes on top of some reference rate. Make-whole call provisions are defined in the indenture of a bond.

Make-whole calls are exercised when the credit spread of the issuer goes down: the value of the bond then increases, possibly above the make-whole amount, so that it makes sense for the issuer to refinance at a lower cost.

What happens when the interest rates move up or down is less straightforward: the value of the bond and the NPV of outstanding coupons (fixed) and principal vary in similar directions. Hence, it does not necessarily generate a situation where the former is above the later.

Now let’s put a few stats around those notions. What follows is based on an analysis of some 2k+ bonds that either reached maturity or were called (including using the make-whole provision) or remained outstanding during the period 2015-2020. This sample consisted of rated issuances in EUR, CHF, GBP, NOK & SEK of companies outside of the finance and insurance sectors.

In summary, during the period we looked at that is 2015-2020, the make-whole call provision has allowed a number of somewhat lower credit rating issuers to repay early in the context of contracting credit spreads for the more risky categories. A lower make-whole margin might have made it easier (marginally).

Also, the annual volume of make-wholes was quite sustained, representing 5% of all outstanding bonds. Which makes the make-whole call provision by no means anecdotical.

Our mission : to facilitate the execution of your financial transactions

Aether Financial Services is an independent French leader in executing financial transac-tions, founded in 2015 by Edouard Narboux and Henri-Pierre Jeancard. Based in Paris and London, Aether Financial Services is composed of a multi-cultural team specialized in three business lines: Agency, Valuation & Calculation and Corporate & Issuer Services.